Touring the Battleground of Bannockburn 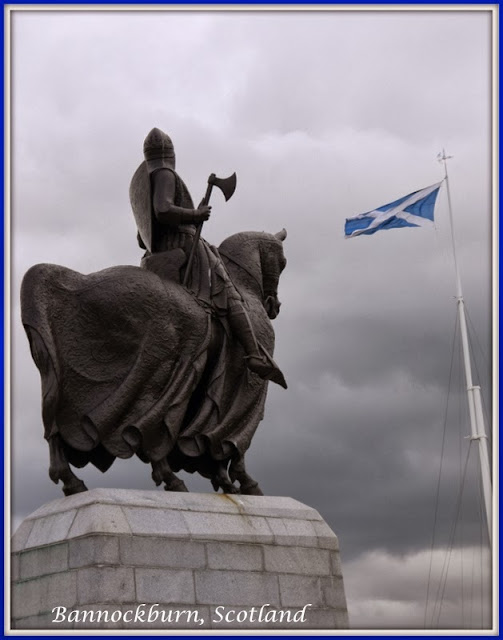 Scotland is everything I dreamed it would be....

Next year marks the 700th anniversary of the battle in which Robert the Bruce defeated an invading British Army. There will be more photos later this week of the battleground.

I have already taken several hundred photos from the cities of Glasgow, Stirling, and Perth. It may take some time for me to get them organized for the blog.

I'm now in the Highlands....the temperature has dropped in the 40's and it is "breezy".

Next stop... by boat to Urquhart Castle.