Brewery on the Bluff 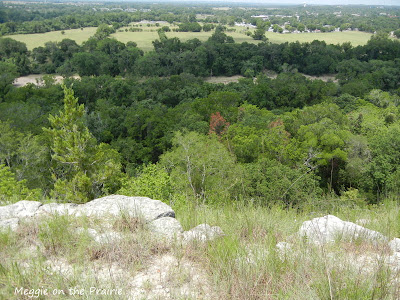 Midday, as I was returning to the farm, I took a side trip to The Bluff. 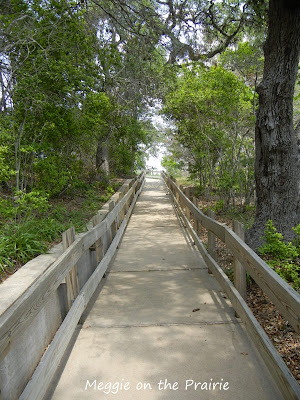 To reach this scenic view, I had to walk up several steep inclines. This may not look too difficult to you, but keep in mind, it was 93 degrees today. 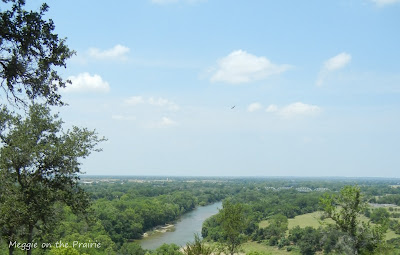 The bluff is a very high point overlooking the Colorado River and one of the towns that is 7 miles from the farm. I have written several post about this town, including the Colorado River. If you click on the photo, you can see the bridge I photographed for another post. 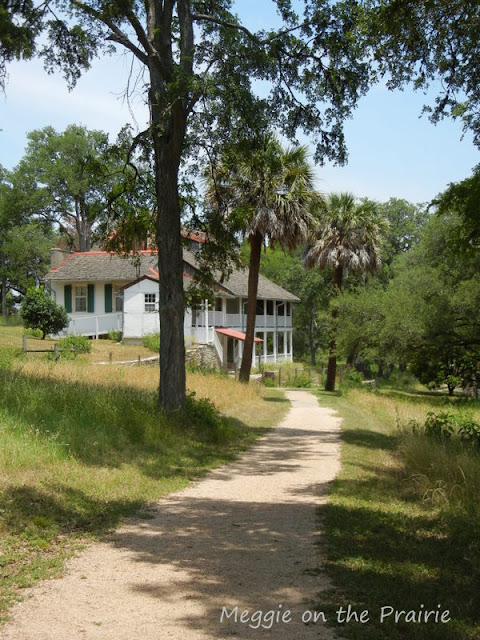 There is so much history in this one spot, that I cannot do it justice in a single post. Today, I will concentrate on the brewery and home of Heinrich Ludwig Kreische. 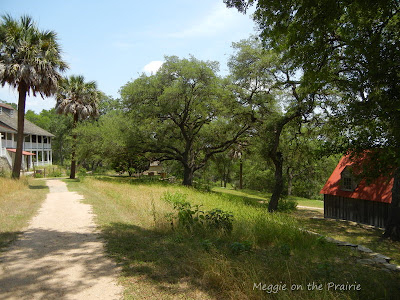 After the end of the Mexican War in 1848, many Germans and Czechs began to arrived in Texas. They were attracted to this area because of cheap, fertile farm land and a mild climate. The tree covered hilly landscape, reminded the immigrants of home. 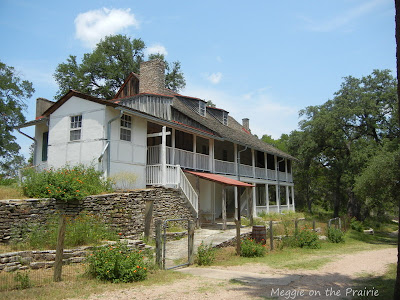 Heinrich Kreische came to America in 1846 from Saxony, Germany. He raised a family of 6 with his wife, Josepha Appelt. The home was built in two stages. Kreische, a master stonemason by trade, constructed numerous buildings in the county.  . 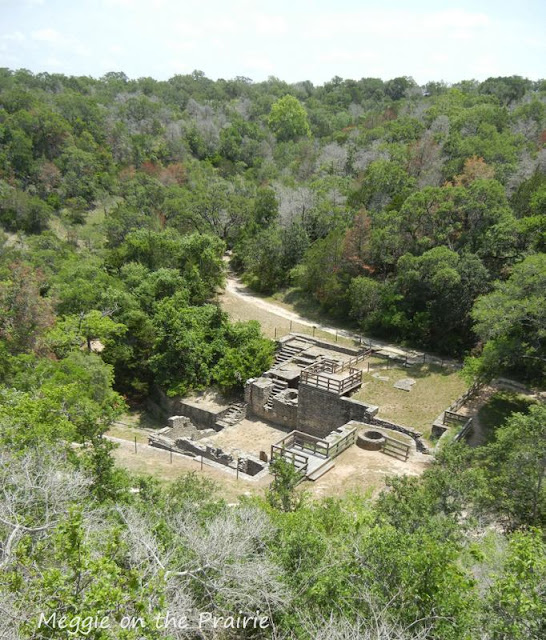 In this ravine are the remains of his brewery he began building in 1860. By the middle of the Civil War, Kreische Bluff Beer, was being commercially produced. 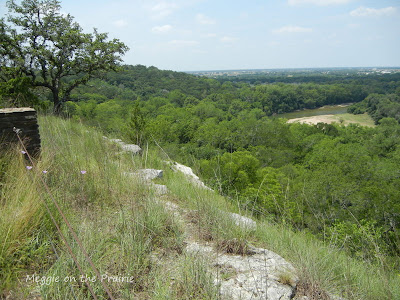 The Bluff, overlooking the Colorado River, and the land I have been walking today, is truly a part of this community's heritage.

I hope these photos give you a sense of what the land is like, in my small part of the world.... I call Home.