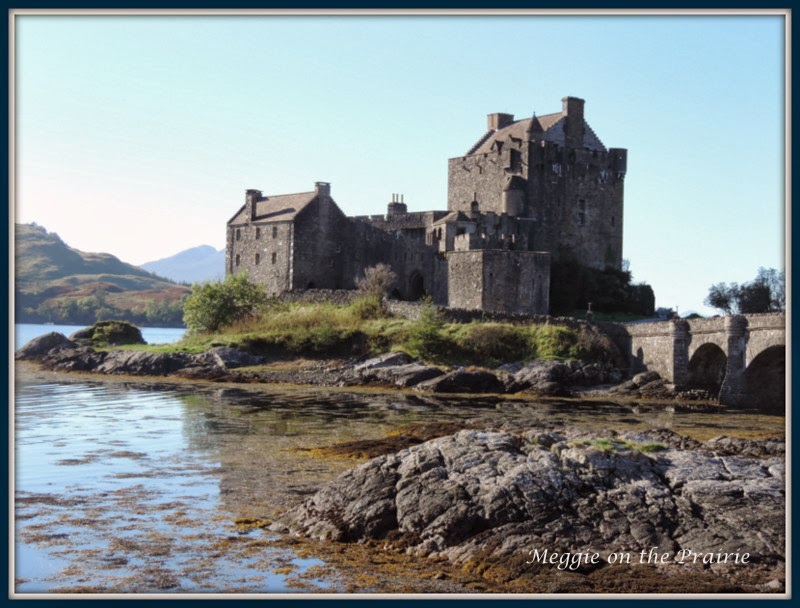 Imagine...
standing here, looking at one of the most photographed castles in Scotland. 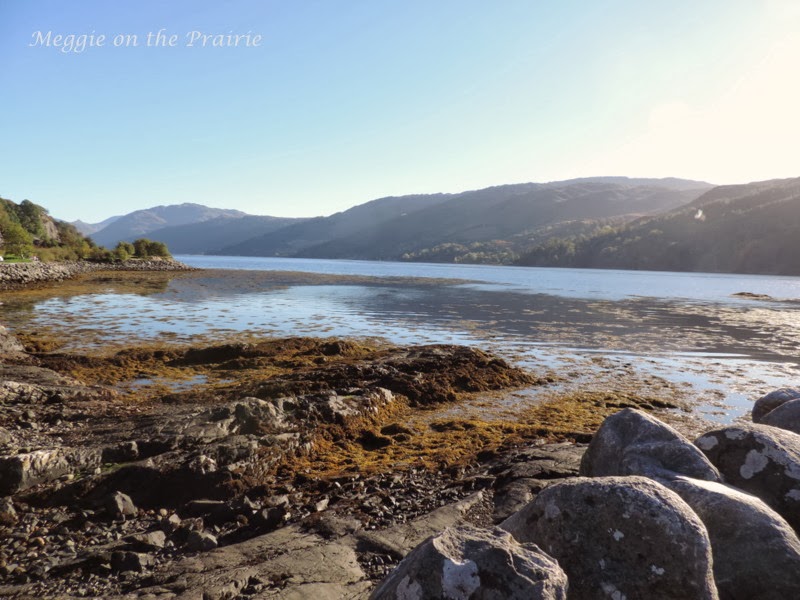 The late afternoon sun only enhances the beauty in the setting. 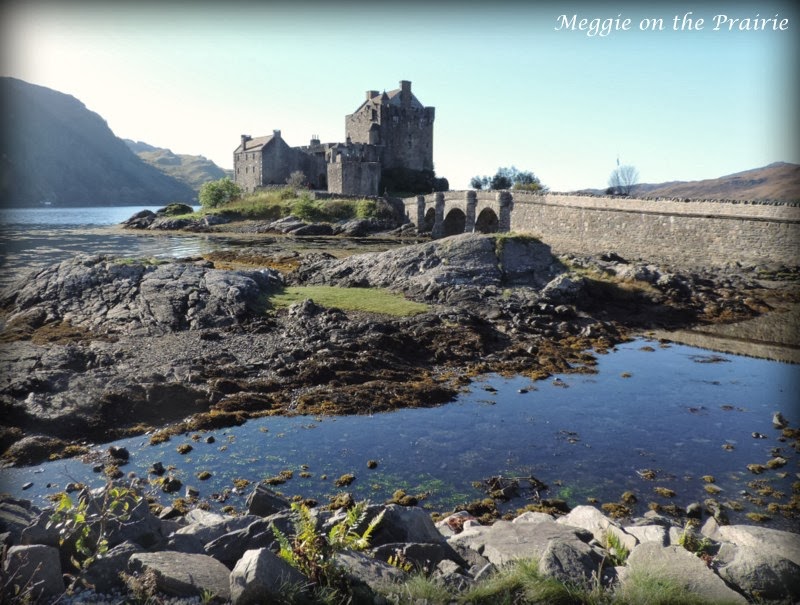 Picturesquely located within the Highlands of western Scotland, views like this can inspire the heart to write a romantic novel. 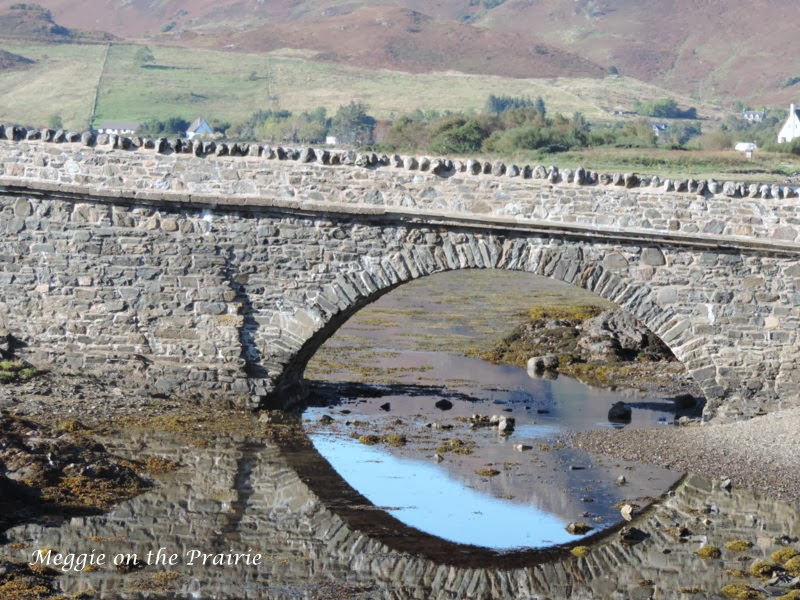 Seamless reflections making it difficult to see where they begin. This is the stone bridge that connects from the mainland, to the islet. 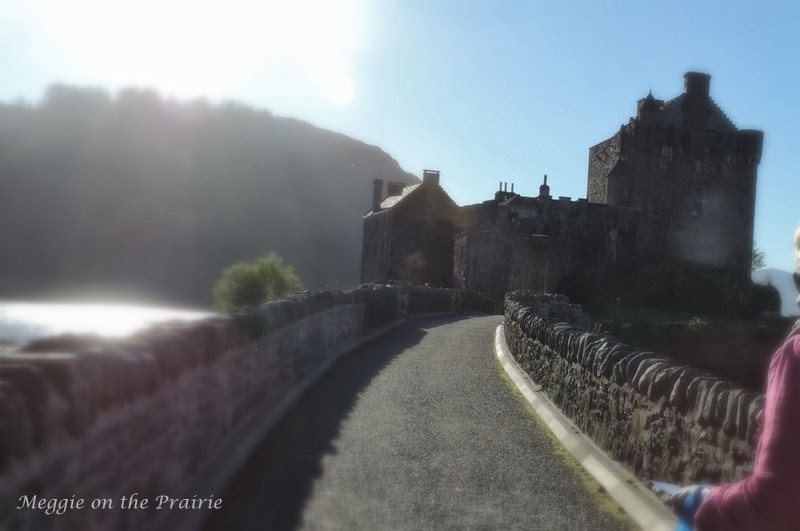 One feels the history, as you walk the narrow bridge, with the castle looming large on the other side. 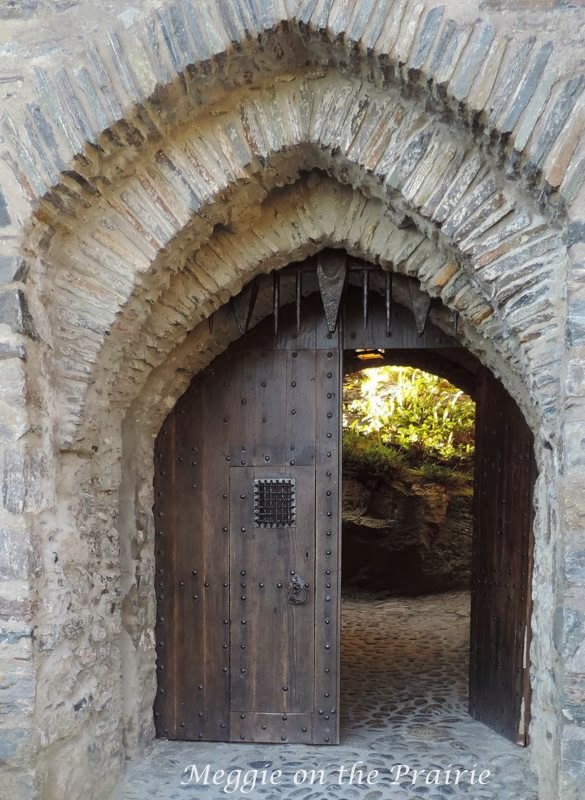 The entrance gate, complete with a portcullis. 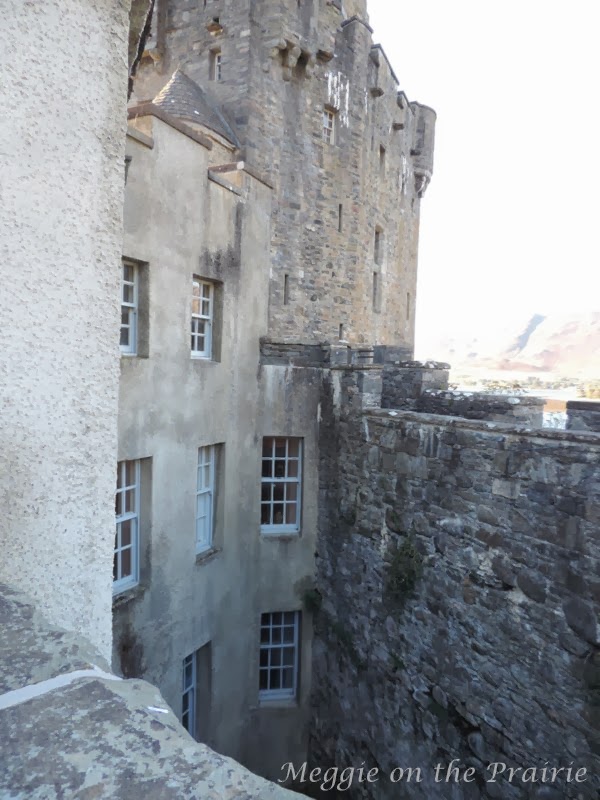 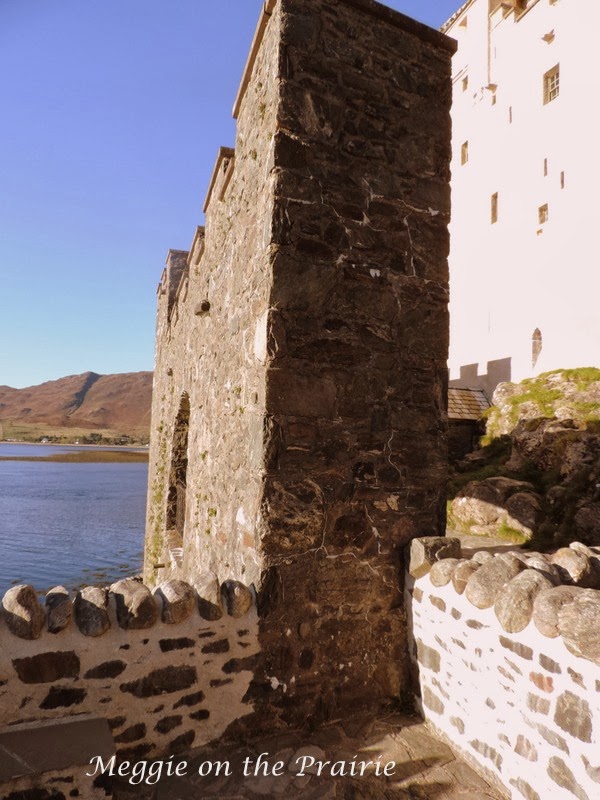 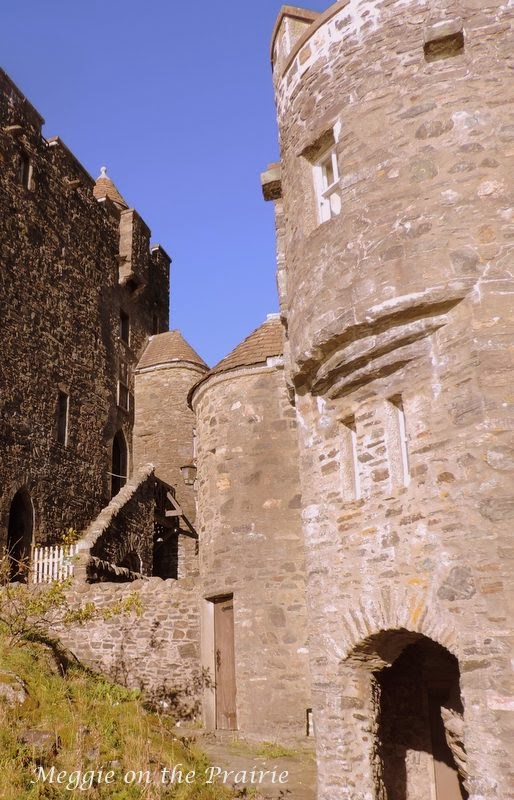 Views from inside the castle walls of the entrance steps to the Main Keep and Billeting Room. 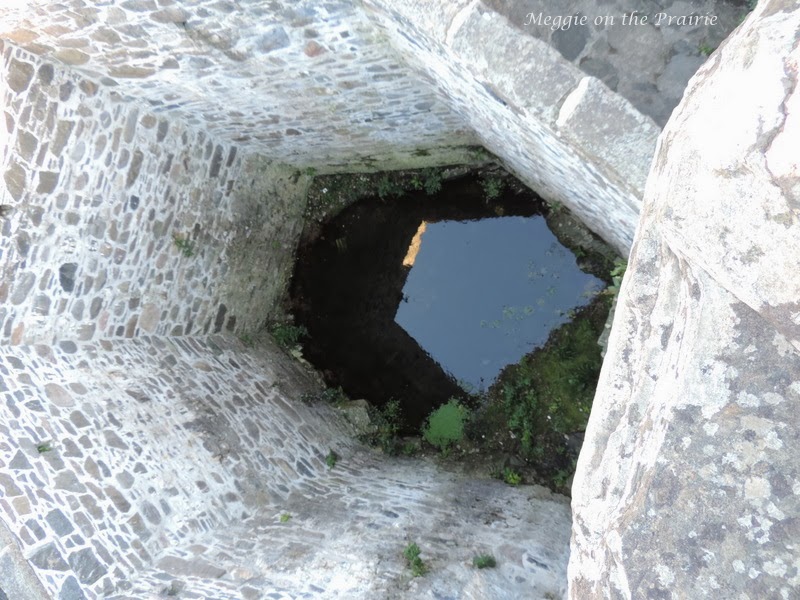 As we were following the Bastion and Great Well Walkway, I looked straight down to capture the heptagonal sides of the water cistern. 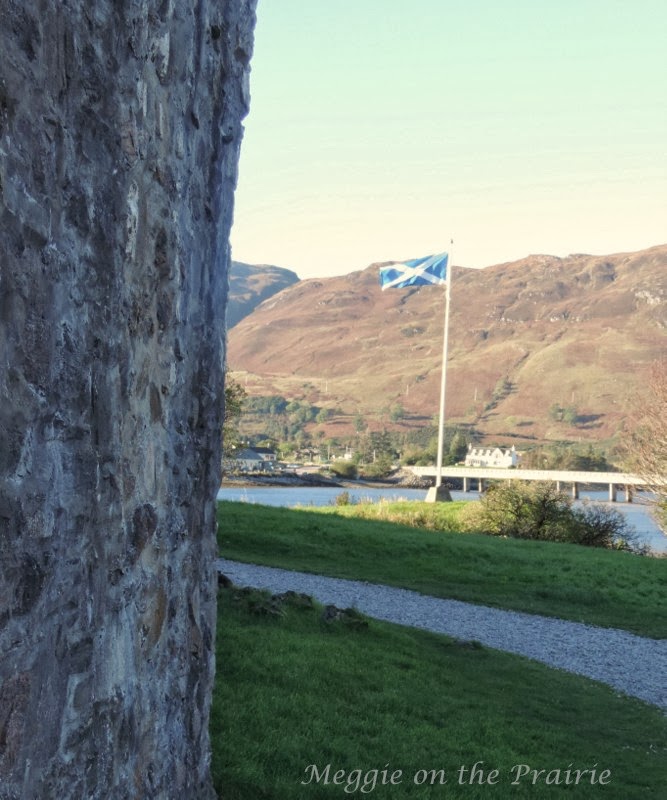 The flag of Scotland, waving freely in the wind. 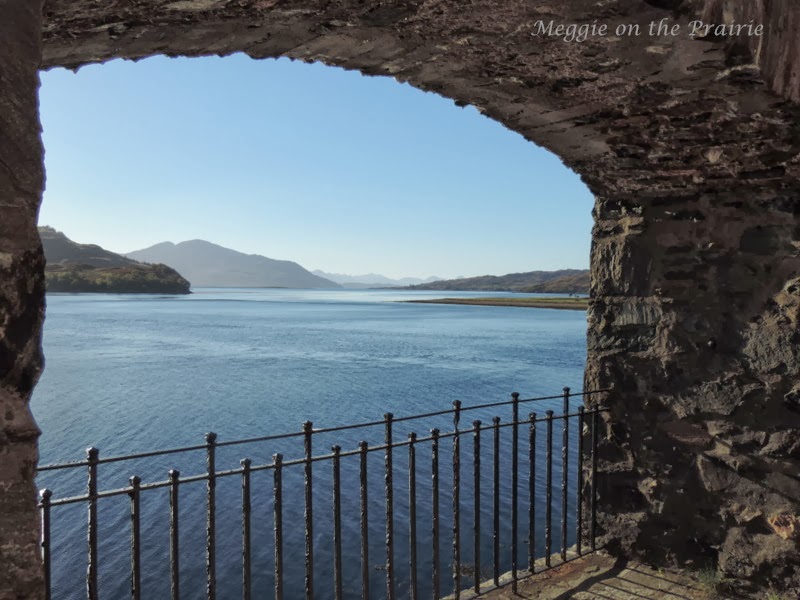 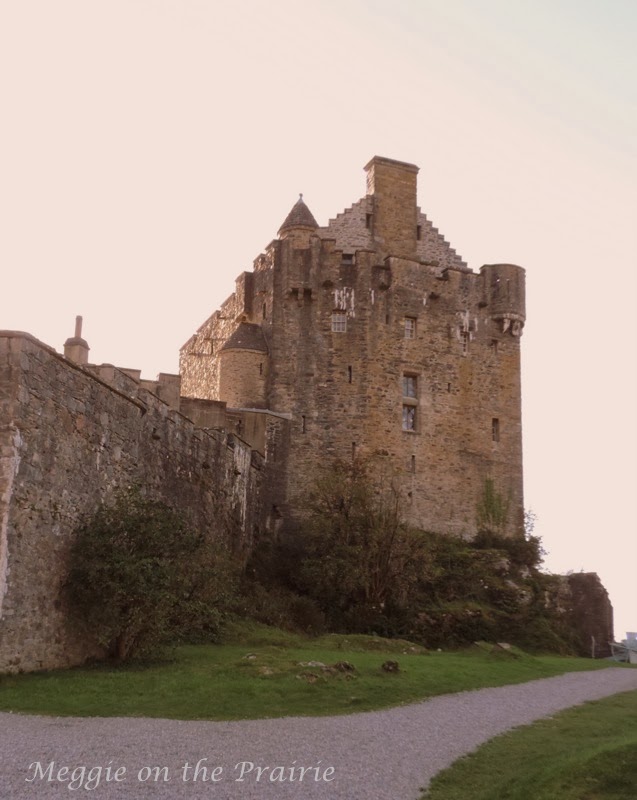 The castle, founded in the 13th century, became a stronghold of the Clan MacKenzie and their allies, the Clan MacRae.
The most destructive damage, to the castle, was carried out during the Jacobite Uprising, in 1719.
Through the vision and dedication of Lieutenant-Colonel John MacRae-Gilstrap, and his clerk of works, Farquhar MacRae, we are able to enjoy the castle we see today.  The work began in 1912 with completion in 1932, at a cost of a quarter of a million pounds. 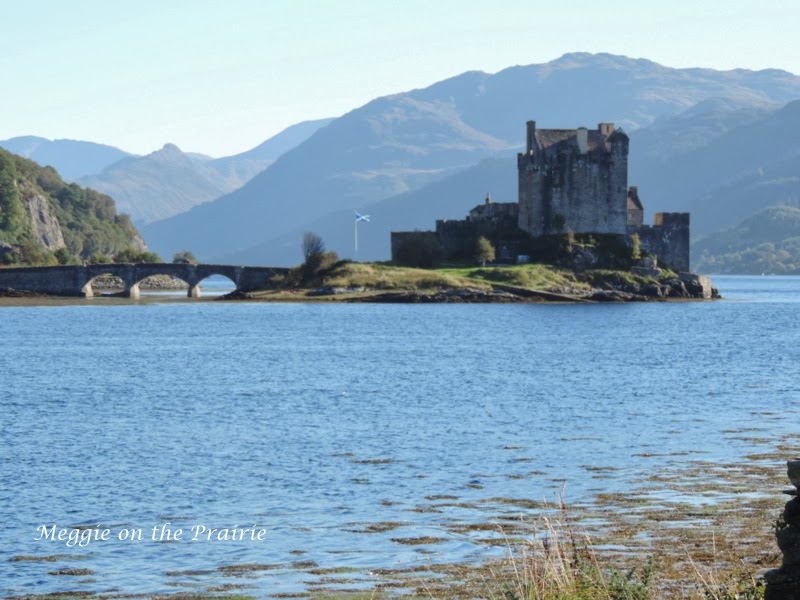 Saying Good-Bye to this day.....
with one more look at Eilean Donan.
Meggie Mac
I'm linking today with A Bit About Britain. Click HERE ....you won't be disappointed in the beautiful photography and interesting posts.