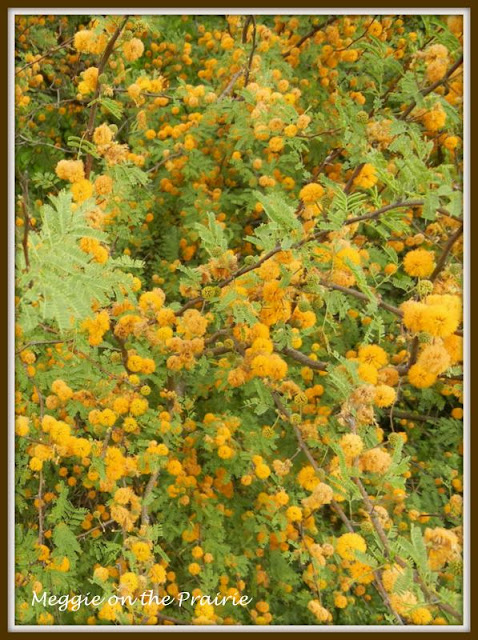 It's Monday again, and I'm sharing the country back roads with you. The blooms on the Huisache (Acacia farnesiana), native to the Americas, are breathtaking. It's spring here on the prairie and the winds are blowing relentlessly, making the flower covered branches sway back and forth. 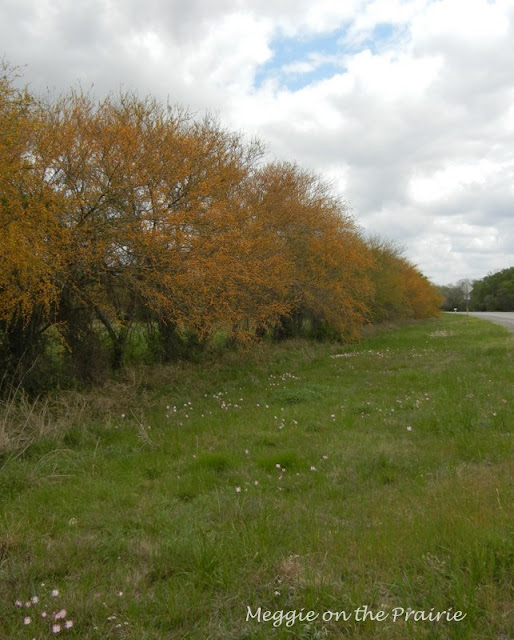 From a distance, one might think the color is of fall foliage. Never just a single tree, but rather found growing in groups.


The overwhelming fragrance has given the huisache one of its common names of "sweet Acacia". 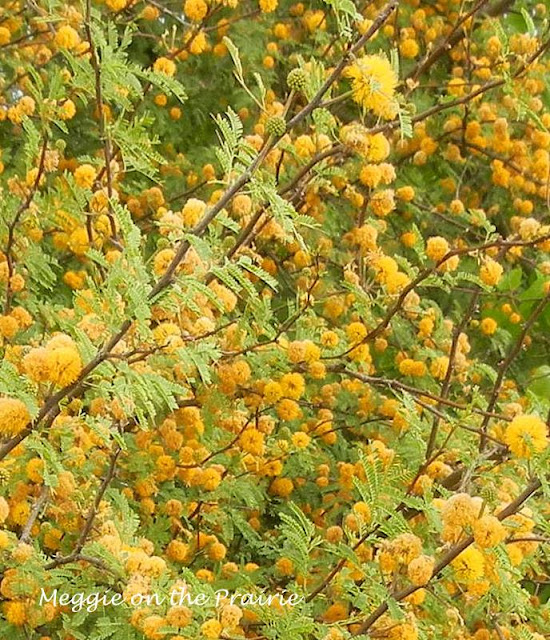 The hundreds and hundreds of bright orange-gold flowers are borne in spherical clusters. The small tree has feather-like tiny leaves, too numerous to count. Each branch or twig grows a set of straight thorns up to 2" long.

Nahuatl is a live language spoken by an estimated 1.5 million Nahua people, most of whom live in Central Mexico. The name huisache is a derivative of Nahuati huixachi, meaning "many thorns".

The word huisache is pronounced wee sa che.....now isn't that easy to say?