Friday Fences with a Side Trip to Oban Scotland 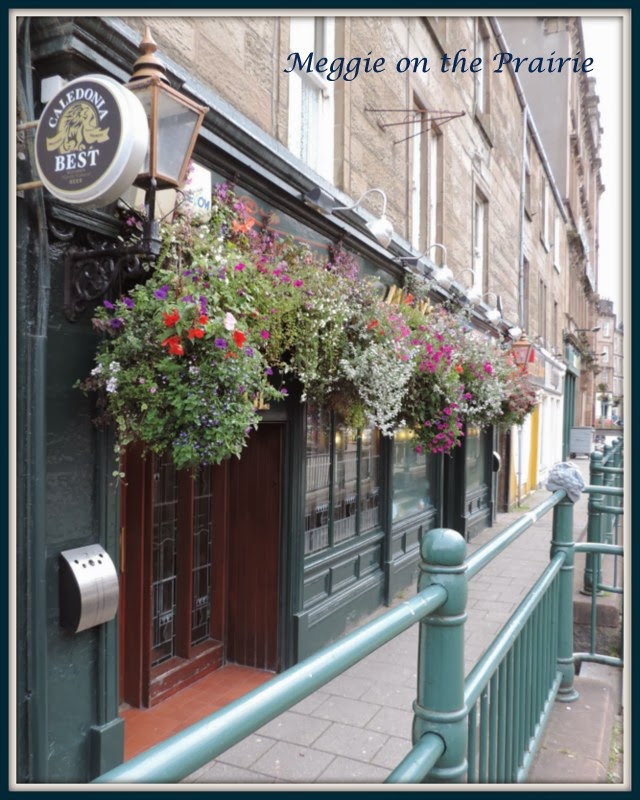 The trip to Oban was a last minute idea my daughter and I had. The town had always been on the list. Having so much ground to cover, I didn't expect to actually make it here.
Our next trip will include Oban, allowing at least a full day.  It will also include a trip to the Isle of Mull. 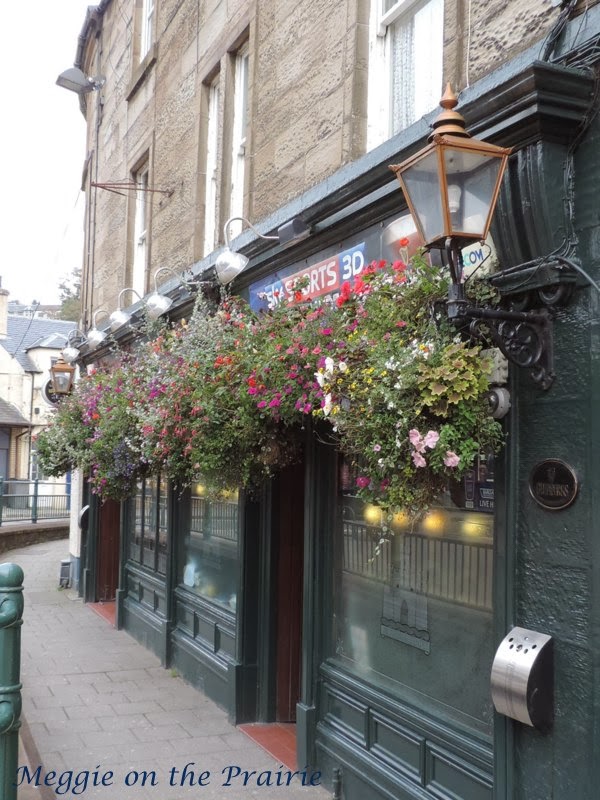 Not doubt, you can see why I took this photo. The hanging flower baskets were spectacular in size and color. I also knew it would make a great Friday Fence story. 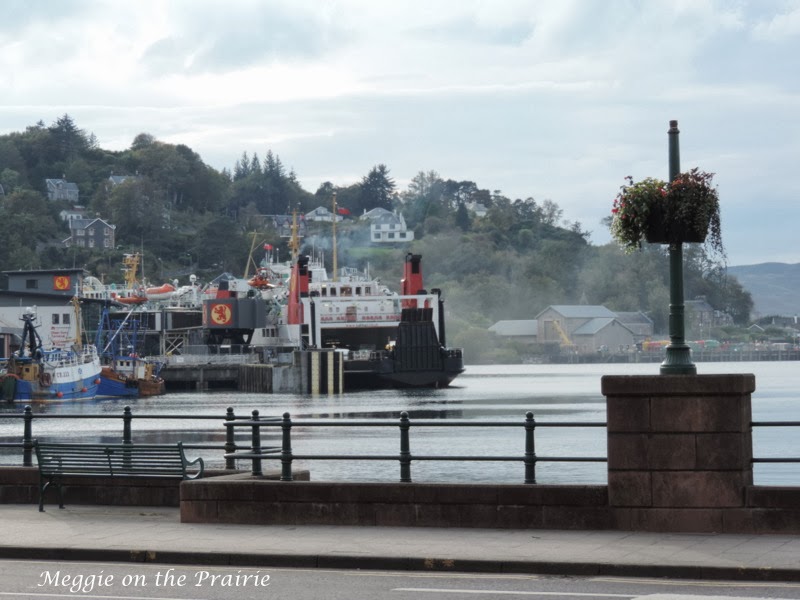 The Oban Bay is a near perfect horseshoe shape that is protected by the island of Kerrera. Beyond Kerrera is the Isle of Mull. 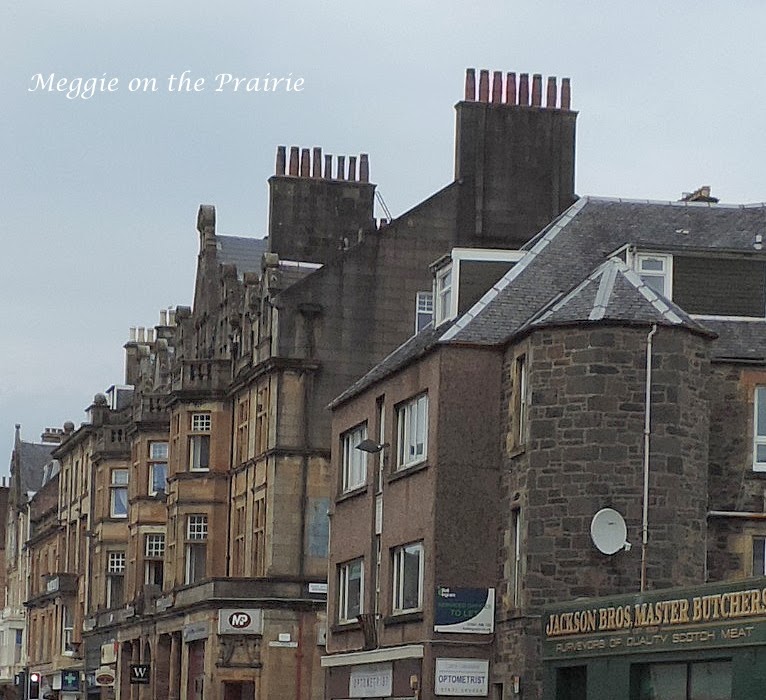 There is no shortage of interesting architecture, as with most towns we experienced on our trip. Obans' population of 8,500 increases during the tourist season to 25,000.
When I try to write a little history, in my posts about Scotland, I get so tangled-up in the events. There are so many layers of history, that I simply cannot do it justice. 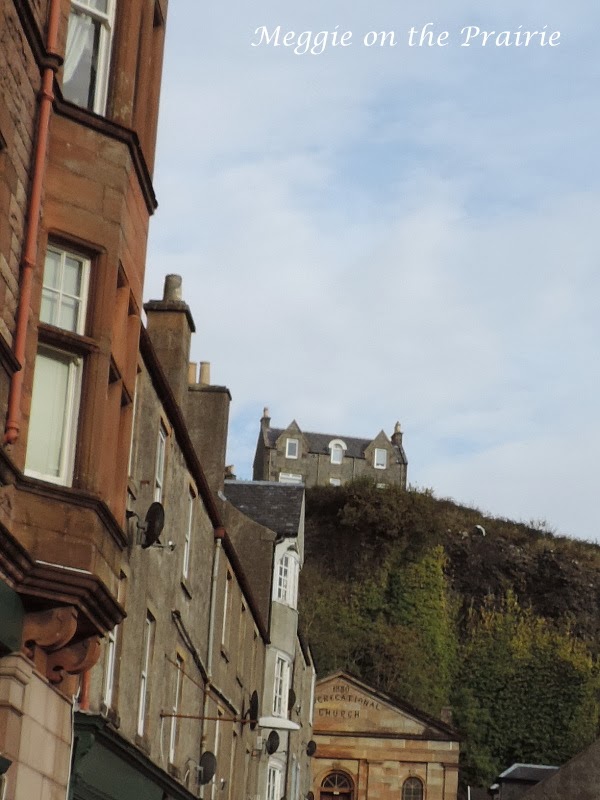 The area where Oban now stands has been used by humans since Mesolithic times. 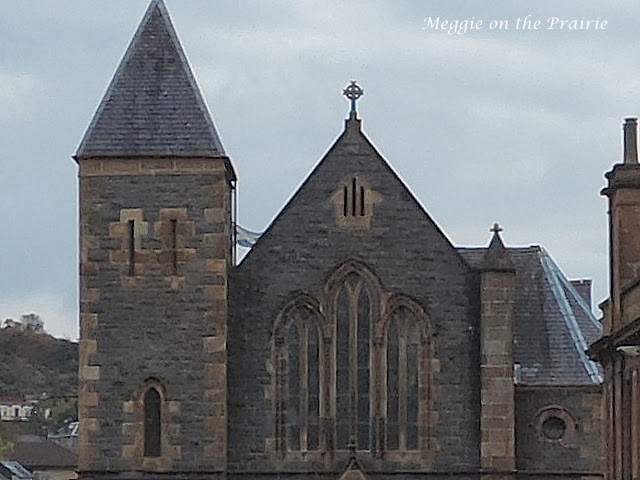 I failed to identify this church, but I believe it once was the Free Church of Scotland, now occupied by the tourism center. 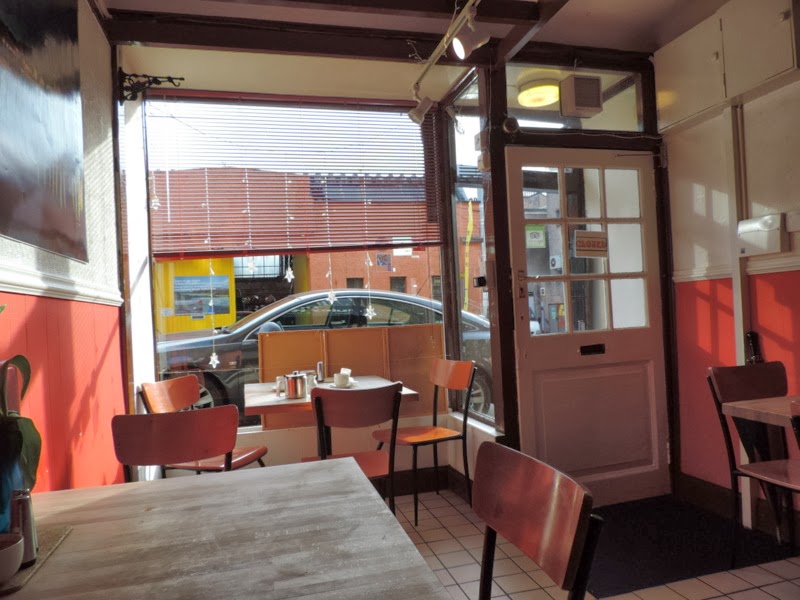 We decided on a side street café, for lunch. Not knowing what to order, the owner stepped into his small kitchen and brought us a surprise. 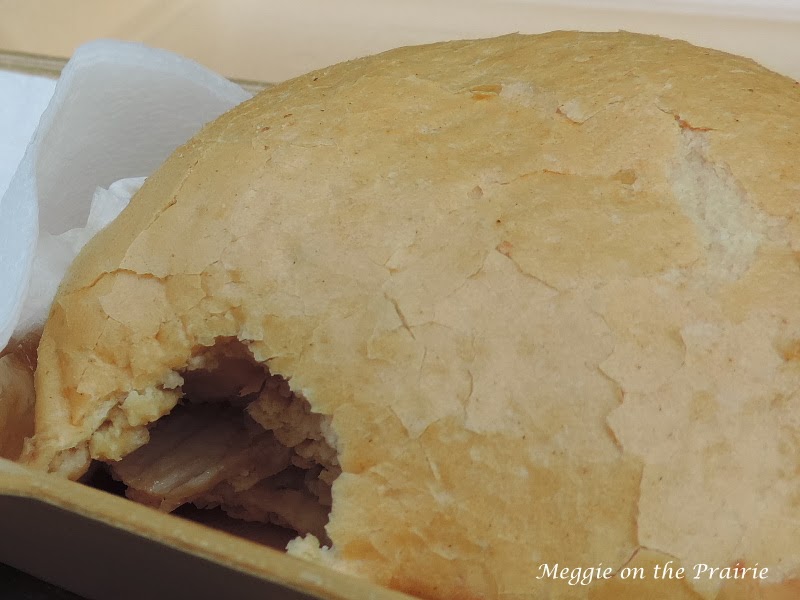 Look at the flaky crust on the homemade bun.....filled with the most delicious roast beef and gravy. We took our lunch outside and ate it on the streets of Oban, laughing the whole time while the gravy dripped from our sandwiches. 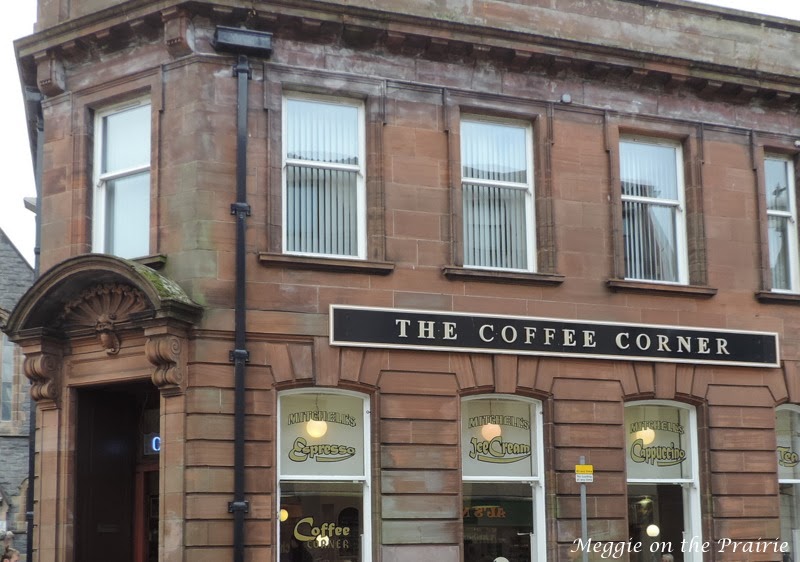 We had arrived earlier in the day via a hired driver. Our plans were to take the public bus transportation back to our hotel in Kentallen. Before it was time to leave, we spotted the The Coffee Corner. 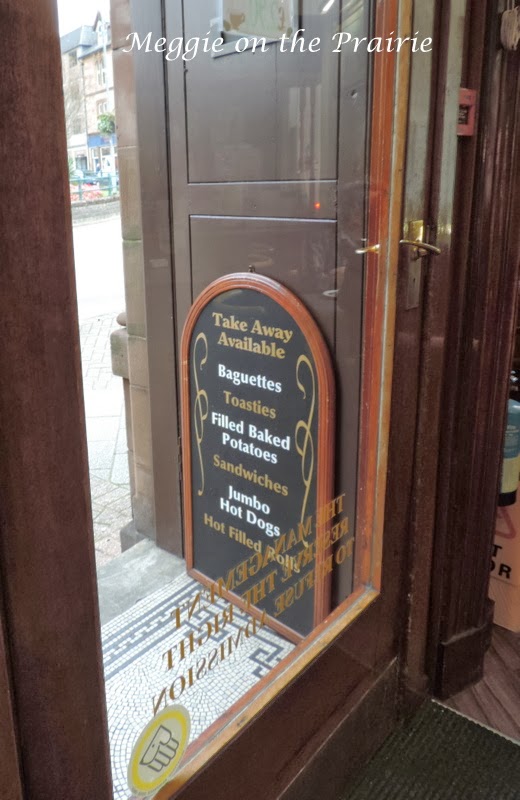 Would you believe me if I said, "A rich dessert and coffee was much needed, after all that walking"? 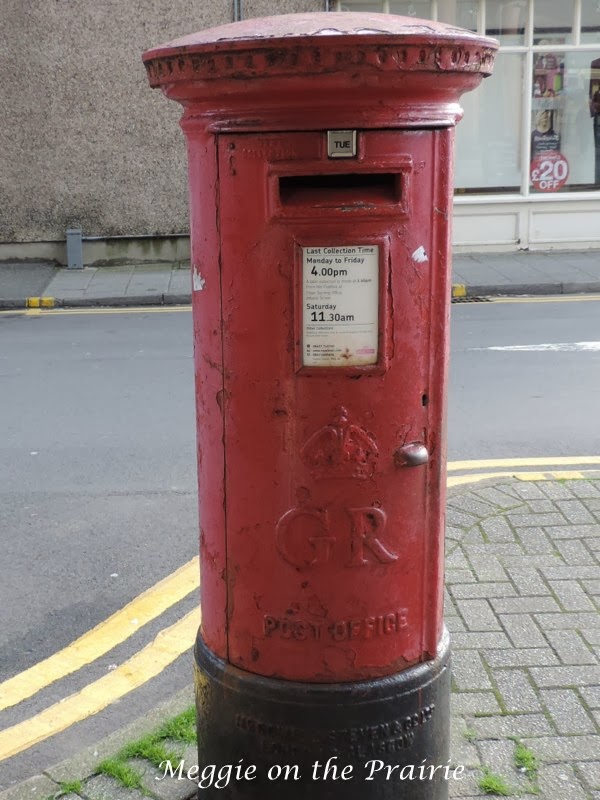 Sorry I ran out of time before I could write a postcard.....the last bus to Kentallen was ready to leave.
Meggie Mac