More Than Just a Hat 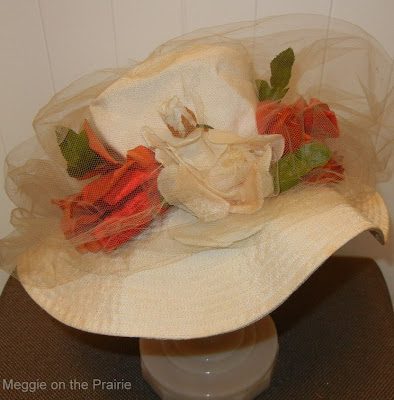 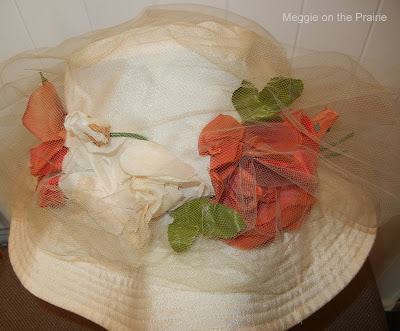 I'm thinking it probably was a Easter hat....white with large, now slightly faded, red and white roses.  The hat is covered with tulle. 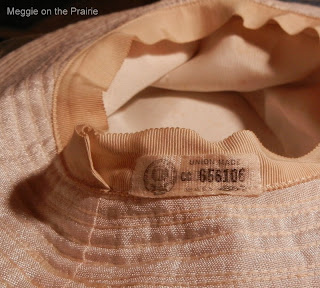 Inside is a USA Union Label. 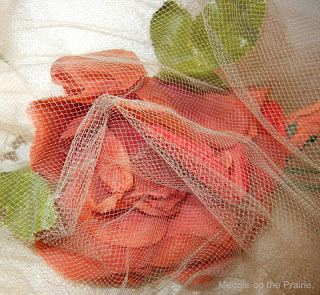 The roses are silk with some velvet petals.


So what is so special about this hat?


﻿
﻿ It belonged to this woman...my Grandmother. 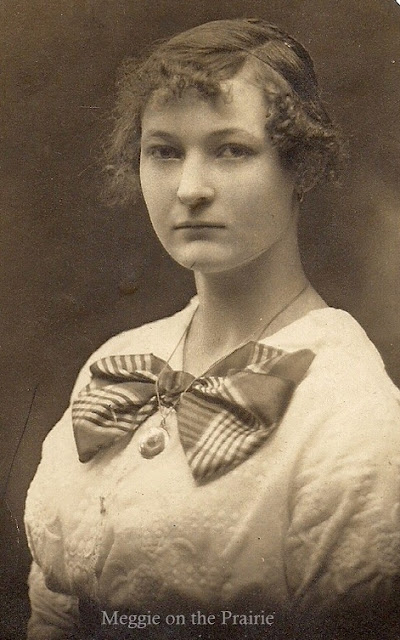 My maternal grandmother was born in 1896 in Texas. Her parents were German immigrants, as were my grandfather's parents. The German community was very close knit, speaking their native language at home and in their church.

My grandparents were both bi-lingual. As a child, it was very common to hear the German language spoken in their home. My Mom, who also speaks English and German, told me my grandmother spoke High German.

I would say my cooking is influenced by my grandparents....soups, noodle dishes, dumplings and coffee cakes. 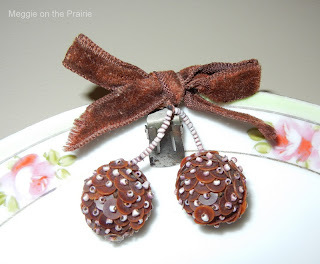 These delicately beaded earrings, with a tiny brown velvet bow, also belonged to her. 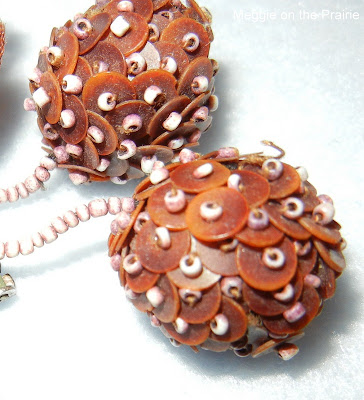 Each sequin has a tiny bead sewn in the center. The small balls are as light weight as a cotton ball. 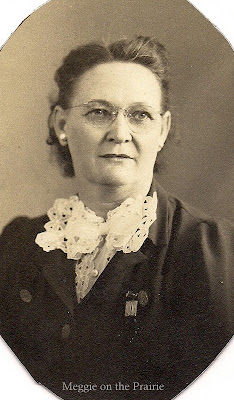 My Grandmother was a beautiful lady who loved pretty dresses and pretty hats.