Observing a Mural Artist at Work 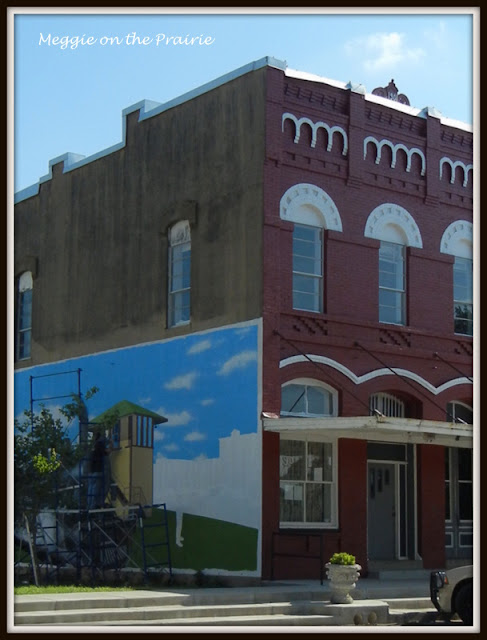 I read in the newspaper that a neighboring town, population 1,383, had commissioned a muralist to paint a side wall of a historic building. The purpose of the mural is to honor the town's railroad history and veterans.

The article stated Jason Patterson, the Texas muralist, would be completing the project by next week. I felt like it was a chance for me to see the mural while he was still working on it. 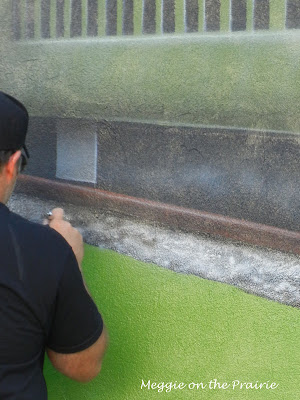 Just as I had hoped, he was painting on Saturday afternoon, along with another artist. He was more than willing to answer my questions, as he continued to paint. 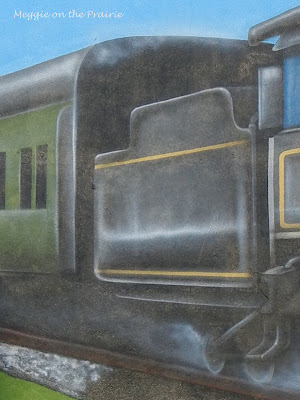 The details are amazing... You can see, from his artwork, the power that ran this train. 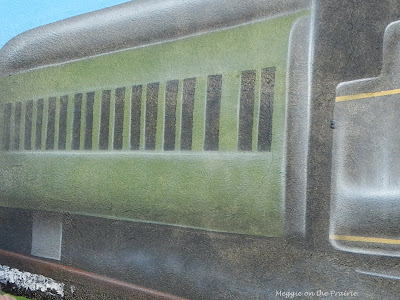 Here is the Pullman or dining car.....giving all the comforts traveling could afford, in this time in history. 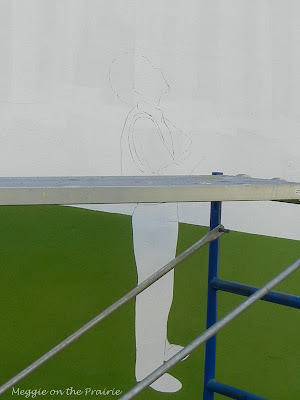 On one end of the mural, you can see how it was sketched in before the painting was started. 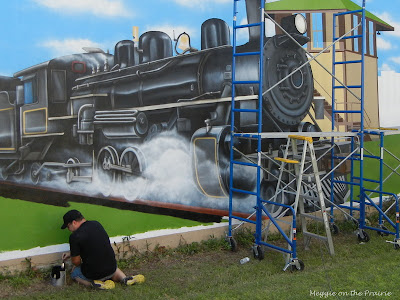 At times, it was necessary for the artist to work on his knees. 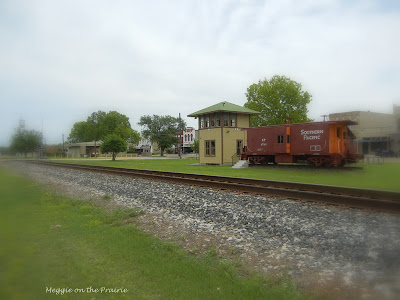 I tried to photograph the actual spot that is depicted in the mural. 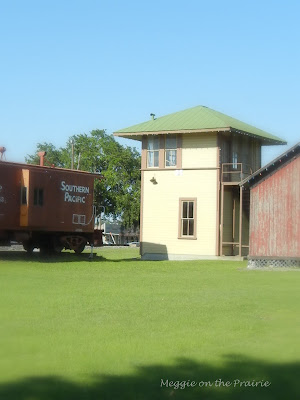 You can see the switch tower is still in good condition, taking it's place in the town's history. 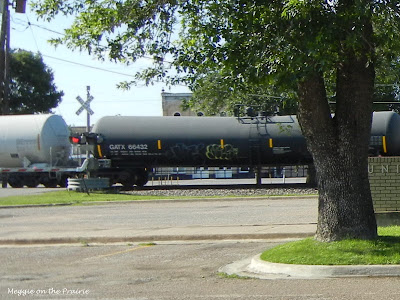 Coincidentally, while I was photographing....a freight train passed by on the very tracks as in the mural. 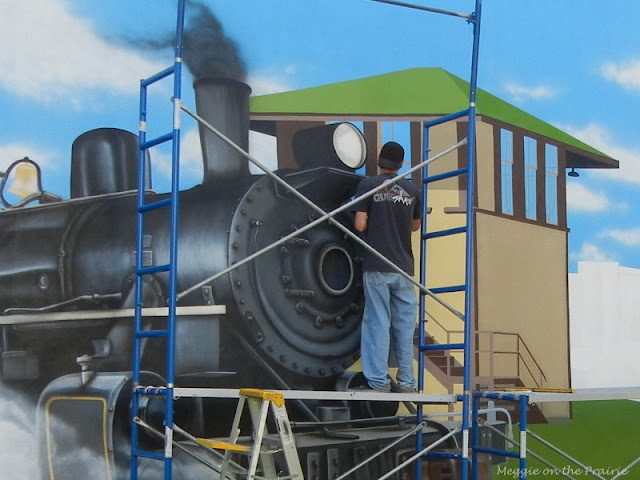 As you can see in the photo, it is almost life-size. 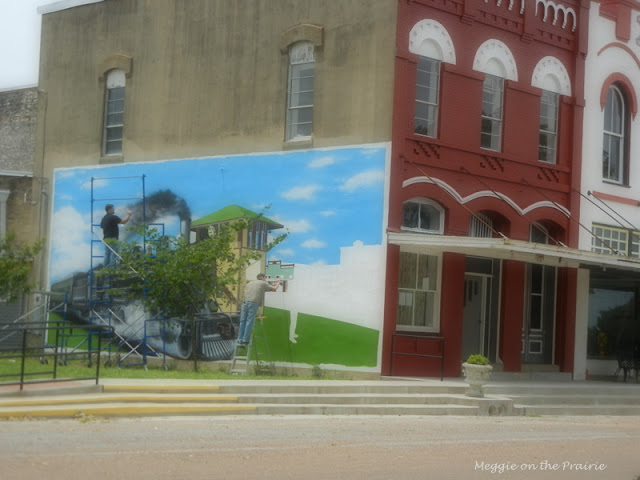 If I were the town officials, I believe I would re-locate the tree that is blocking the view.

I do believe I will go back this week end and take a final photograph for another post. Wouldn't you like to see what is painted in the right corner of the mural?