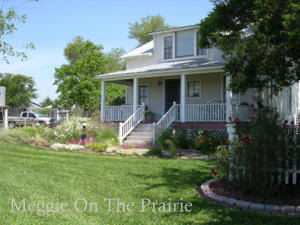 If you have been following my blog, you know a little about my farmhouse and what it looked like when I bought it. It had been vacant for over 15 years.

The grass was waist high. I wasn't sure there was a road under all the grass. 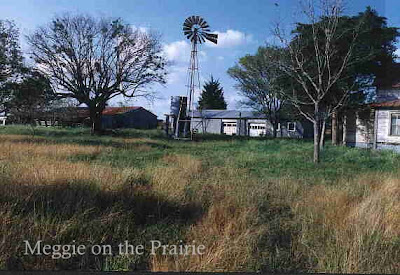 The very first people to help me were my neighbors from across the road. They just showed up one day with their tractor and said they would be cutting the grass as a "house warming gift".  What they were proposing was an all day job on the tractor. They continued to be very supportive in the weeks to come. 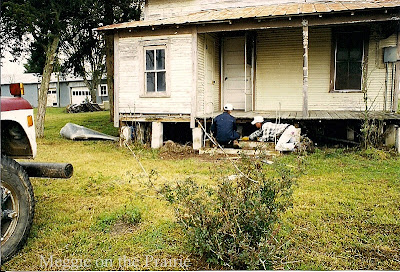 The house had to be leveled and raised up off the ground before any other work could be done. 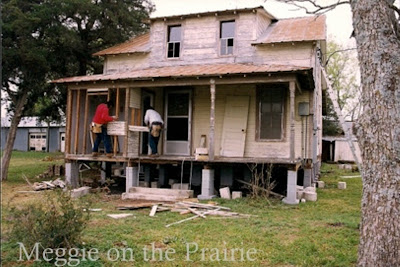 Looking at the photo you can see how much it was raised. There also was a portion of the front porch that had been enclosed. Windows panes were broken, while some windows were completely gone. 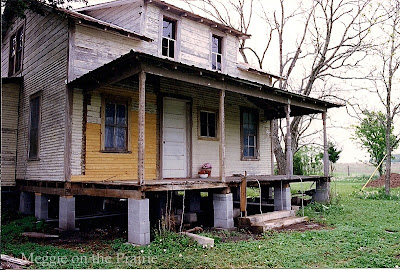 The thing about old places, they usually have a treasure trove left behind. In my case, the only treasure I found in the barn was a big stack of wooden windows. What I've come to believe is that my 90 year old house was built with parts of older houses that had been torn down. The stack of windows were left overs. 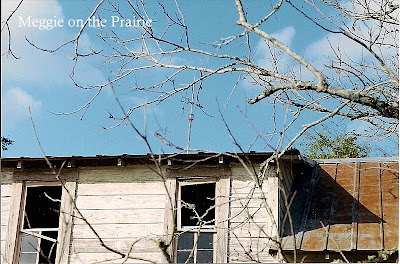 And so, that is where I found the large window for my upstairs bedroom. 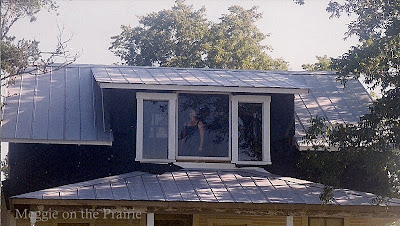 Getting it up there was not so easy. Also take a look at the new metal roof. 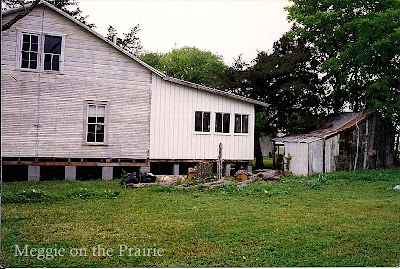 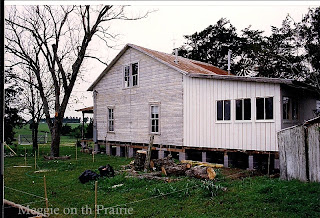 The next step, for the outside, was to scrape and sand all the old wood before a coat of primer could be applied. 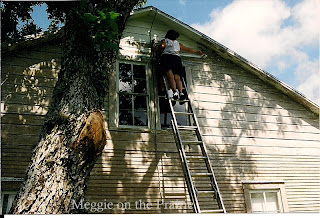 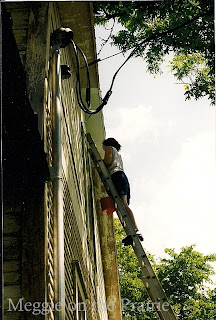 Yes, that is me....trying to save money by doing it myself!

These photos take up such little space, but in reality it  took many months to get this far. The work was being done on week ends only. There also were things going on inside and under the house.  All the plumbing was broken, the electrical wiring was obsolete, and air conditioning, heat and insulation were non-existent. 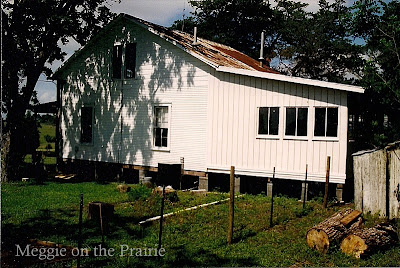 Phase Two will be the "Cowgirl Room".  I hope that is enough of a teaser that you will visit my blog again and see what a cowgirl room is......

Email ThisBlogThis!Share to TwitterShare to FacebookShare to Pinterest
Labels: farmhouse