'Tis the Season for Fruitcake 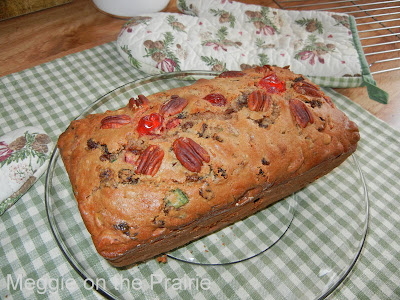 Because I still have a full time job in the city, time isn't always on my side. I enjoy cooking and baking, but many times I need to take a few shortcuts.  I believe there is a popular cooking show that relies on "almost from scratch".

I saw this recipe on a box mix for a Date Quick Bread Mix and thought it might be a solution for a quick fruitcake for the holidays.

The recipe called for two boxes of the mix to make a Bundt cake. I decided, because the added ingredients were so expensive, I might cut the recipe in half and use a loaf pan.  That way, if it didn't turn out as good as I expected, the mistake would only have cost half as much. 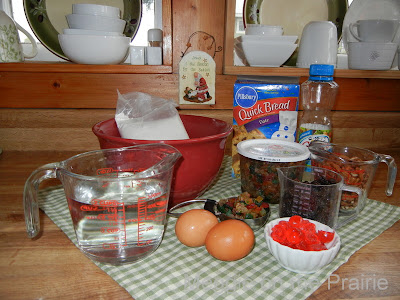 A note: Half the recipe takes one egg, not two as in the photograph. 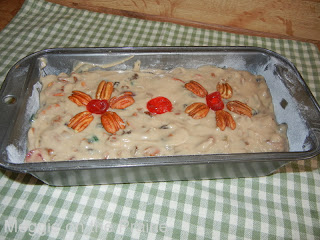 Ready for the oven
After all was said and done, looking at the dirty dishes, maybe from scratch would have been just as easy. I'm sure the results would be the reward! 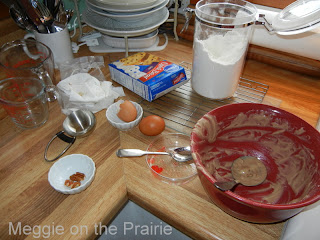 Do you have a favorite fruitcake recipe? If you do, and would like to share it with me, add it in the comments at the end of this posting.

The timer just beeped. It's time to take a look. 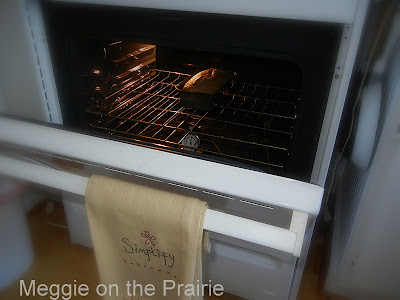